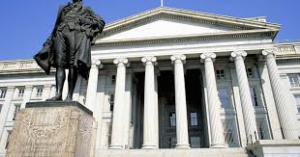 MANHATTAN, NEW YORK, UNITED STATES, October 16, 2018 /EINPresswire.com/ — The U.S. government closed the 2018 fiscal year $779 billion in the red, its highest deficit in six years, as Republican-led tax cuts pinched revenues and expenses rose on a growing national debt, according to data released on Monday by the Treasury Department.

New government spending also expanded the federal deficit for the 12 months through September, the first full annual budget on the watch of U.S. President Donald Trump. It was the largest deficit since 2012.

The data also showed a $119 billion budget surplus in September, which was larger than expected and a record for the month. A senior Treasury official said the monthly surplus was smaller when adjusted for calendar shifts.

Economists generally view the corporate and individual tax cuts passed by the Republican-controlled U.S. Congress late last year and an increase in government spending agreed in early February as likely to balloon the nation’s deficit.

Trump and his fellow Republicans have touted the tax cuts as a boost to growth and jobs.

The deficit in the 12 months through September was $113 billion – or 17 percent – bigger than in the same period a year earlier. Adjusting for calendar effects, the gap was even larger, the Treasury official said.

The Bipartisan Policy Center called the report “a wakeup call” for policymakers to turn things around. “The fact that our government is closing in on trillion-dollar deficits in the midst of an economic expansion should be a serious issue for voters and candidates,” William Hoagland, its senior vice president, said of next month’s U.S. congressional elections.

Much of the widening of the deficit came from more spending on interest payments on the national debt.

Borrowing has increased over the past year, partially to make up for slower growth in tax revenues because of the tax cuts, while military spending has also risen.

Adding debt servicing costs, the U.S. Federal Reserve is raising interest rates roughly once per quarter in the face of a hot labor market and some signs of inflation. Some Fed officials have warned that rising U.S. deficits could hamper any U.S. fiscal response to a downturn.

Trump has in turn criticized the Fed’s monetary tightening, saying last week that the central bank had “gone crazy.”

Whilst the widening deficit is a concern, it was to be expected. Consumer spending data yesterday showed that the US economy is still in good stead despite concerns over the continuing tariff war between the US and China.

ChiXi Consultants believes the trade war is an ideal opportunity to reposition client holdings and take advantage of what can only be described as ‘cheap’ technology stocks.

ChiXi Consultants is a Financial Planning and Investment Advisory firm that is geared toward individuals and institutions who are looking to achieve extraordinary levels of success. Our clients range from entrepreneurs, executives, board members and institutions who demand the same excellence in their advisors that they have demonstrated in their own lives. They require an intensely personal approach that relies upon years of experience, attention to detail, and above all else, objectivity and this is what ChiXi Consultants prides itself on providing.