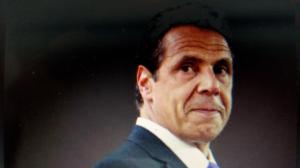 The most dangerous people and criminals are those that protect and shield sexual predators and rapists allowing them to continue to rape and destroy more innocent victims’ lives.

Gov. Cuomo and Attorney General Underwood are endangering the welfare of incompetent people by moving convicted sex offenders from prisons into group homes

I could have stayed in that house for years and abused him every day without anybody even noticing at all. It was a predator's dream.”
— Stephen DeProspero – Former NYS employee & convicted sexual predator

ALBANY, NEW YORK, UNITED STATES, October 16, 2018 /EINPresswire.com/ — As an advocate for 1,000,000 New Yorkers with disabilities and a whistle-blower, Michael Carey has been met by strong resistance by the Cuomo administration and by Attorney General Underwood. Serious state and federal crimes are being committed and countless sexual predators are being allowed to easily sexually assault or rape our most vulnerable. Just yesterday, Gov. Cuomo’s Deputy Secretary of Health, Paul Francis, refused to speak and stop these atrocities, even locking his Capitol office doors and AG Underwood blocked incoming calls from Carey and further requests for EMERGENCY help for the disabled.

Group homes are for our most vulnerable people with disabilities, not for convicted sex offenders and known sexual predators. – Michael Carey – Civil Rights & Disability Rights Advocate

Governor Andrew Cuomo has been illegally placing convicted sex offenders and felons into group homes for years according to the Office of People with Developmental Disabilities (OPWDD). Attorney General Barbara Underwood has looked the other way and has ignored 10 certified letters from Michael Carey seeking emergency help for the disabled in the last four months alone, she is disregarding the immediate safety and civil rights of people with disabilities.

New York State penal law 260.25 says it is a felony crime to endanger the welfare of an incompetent or physically disabled person.

“A person is guilty of endangering the welfare of an incompetent or physically disabled person in the first degree when he knowingly acts in a manner likely to be injurious to the physical, mental or moral welfare of a person who is unable to care for himself or herself because of physical disability, mental disease or defect.

Endangering the welfare of an incompetent or physically disabled person in the first degree is a class E felony.”

The Jonathan Carey Foundation is bringing these illegal and extremely dangerous matters to the forefront and has located over five dozen sexual predators so far from minimal research, only having a partial list of facilities and group homes. Statistically, it appears that the numbers of convicted sex offenders already placed into group homes throughout New York State may be in the hundreds. All requests to immediately remove these sexual predators from facilities and group homes have been ignored by Cuomo and Underwood.

The Jonathan Carey Foundation has also uncovered another scheme in which the State of New York is also warehousing hundreds of convicted sex offenders within psychiatric facilities. Only imagine the extreme dangers for other people living in these facilities that are struggling with a mental health problem, to have them possibly be further harmed by being raped? Federal authorities have been asked to intervene.

All New York State District Attorney’s have also been asked by Michael Carey the founder of the Jonathan Carey Foundation to intervene to stop these illegal placements, to ensure the removal of all sexual predators from group homes and facilities with the disabled and to prosecute the individuals involved in committing these egregious crimes.

The State has publicly acknowledged that they have been placing convicted level 2 and level 3 sex offenders that have a clear and known risk of re-offending to live in group homes with the developmentally disabled. The State of New York is attempting to claim that they can protect disabled residents, which is absolutely ludicrous and impossible, hardly any safety and abuse prevention measures are in place. The state’s only solution is to cover-up the sexual assaults and rapes and that is exactly what they are doing at the fraudulent Justice Center abuse hotline also operated by Governor Andrew Cuomo.

Here is what a convicted sexual predator and pedophile said of Governor Andrew Cuomo’s system, it is “a predators dream.”

"The lack of supervision there made it easy to do what I did," DeProspero said in a handwritten affidavit obtained by The Associated Press. "I could have stayed in that house for years and abused him every day without anybody even noticing at all. It was a predator's dream."

If you would like to help advocate and protect our most vulnerable and help fight to end this extreme corruption, please consider making a tax deductible gift to the Jonathan Carey Foundation. Thank you.

The incredible life and tragic preventable death of Jonathan Carey, who was disabled, had autism, was non-verbal & only 13 when he was killed by his caregivers