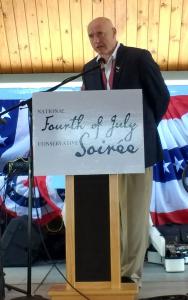 Prof. Williams is Chair and Senior Counsel of Law Professors for Trump

Using the campaign stage to continue supporting Trump, I will urge immediate Trump Recess Appointments. Separately, I will explain why anti-Trump congressional investigations are unconstitutional. ”
— Prof. Victor Williams, 2020 Candidate US Senate for Virginia

In addition to damning Warner’s absurd anti-Trump slanders and his partisan Russia-hoax investigations against President Trump, Williams is harshly critical of Warner for “following the national Democrats in their hard-left lurch” to

**Open the Southern Border to Mass Alien Inflows (an Invasion by any other name) and then give Illegal Aliens Free Health Care;

And the Virginia Senator also faced scathing criticism from Williams for his weak and conflicting responses to the racist and rapist scandals of Virginia’s Democrat Governor Ralph Northam and Lt. Gov. Justin Fairfax.

Williams says Warner once again chooses to put party elites over Virginia just has he did in Warner’s own 2014 Phil Puckett scandal (which had been termed “Puckettgate”).

Another goal for Prof. Williams' campaign is to continue to support President Trump in the media and in the courts. He states:

"Using the campaign stage to continue supporting President Trump, I will urge immediate Trump Recess Appointments. Separately, I will explain why anti-Trump congressional investigations are unconstitutional."

Prof. Williams was an early 2016 Donald Trump supporter. Williams founded and chairs "Law Professors for Trump" to fight for President Trump, for America First policies, and for confirmation of Trump nominees.

Williams’s independent group takes this fight to the media and to the federal courts. The independent association of law faculty is now advancing Trump’s 2020 re-election.

Williams will use his Senate campaign to demand that the Republican Senate stop blocking President Trump's Recess Appointment power. If the Senate would take a break/recess for 10-days or more (and stop their sham pro forma sessions every three days), Trump could fill important positions.

Williams states" By recess appointments, President Trump could immediately fill many critical positions– such as the vacant Federal Reserve Board (FED) seats.

With a swipe of his pen on a recess commission, Trump could fill theses positions for up to 24 months (the end of the Senate's next session). The recess appointed official has all the power of a traditional appointment and can ultimately be Senate confirmed.

And Williams will use the campaign to fully explain how ongoing anti-Trump congressional investigations are unconstitutional.

"The investigations are just the latest shameful stage in the establishment crusade against disruptive Donald Trump and the 2016 American voters. But they are also patently unconstitutional."

As he announced on July 4th and as his website (vw4v.com), Williams is urging other Virginia Republican Senate challengers to join the race early:

"We seek to ‘jump start’ the GOP Senate nominee selection process to insure that Virginia Republicans have ample time to both raise funds for and unify around the strongest woman or man that emerges from the scrum. Victor Williams invites all GOP contenders to join him in beginning their campaigns early.”

Just four days after Williams’ call for competitors to join the race early, former congressman Scott Taylor stated his intention to also run. Williams immediately praised Taylor for his quick decision to join him in the race and for his“stellar service to our nation – both in the military and in Congress.”

As Williams welcomed Taylor to the race , he again urged other contenders would begin the race early, saying
“With Republicans unified and working together from the beginning, I know that Mark ‘Russia-Hoaxer’ Warner will be soundly defeated in November 2020.”

Warner has repeatedly embarrassed Virginia by his absurd anti-Trump slanders, and his partisan Russia-hoax investigations against President Trump, the Trump family and Administration associates.

Like so many elitists suffering from Trump Derangement Syndrome, Warner just cannot accept the truth. No Collusion. No Obstruction.

Instead, it was Mark Warner who was caught having extensive contacts with a Russian oligarch’s lobbyist (March and April of 2017) to gin-up the hoax.