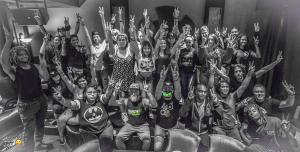 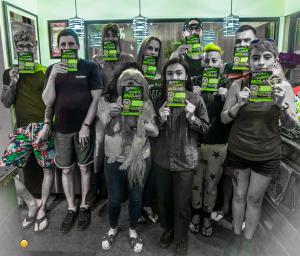 These animal lovers vow to remain silent as they march in solidarity with tortured farm animals. 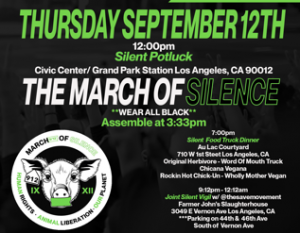 Here are just some of the events happening over 4 days in DTLA for March of Silence! 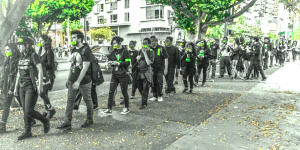 Hundreds will march with their mouths taped shut because animals tortured in the name of food cannot ask for help!

At 4:30pm, hundreds of animal lovers march from Grand Park, their mouths taped over to illustrate the silent suffering of billions of cows, pigs and chickens!

MARINA DEL REY, CA, UNITED STATES, September 12, 2019 /EINPresswire.com/ — The March of Silence has become a global phenomenon! As the animal rights/vegan movement explodes across the world, animal lovers and environmentalists are gathering, by the hundreds, in downtown LA's Grand Park at 3:30 pm Pacific time on Thursday, September 12th!

At 4:30, they will present a manifesto to Los Angeles city officials.

At 4:45pm, hundreds will march from Grand Park to Los Angeles City Hall, with their mouths taped shut! They will encircle city hall in a visually compelling demonstration!

Their silence is to symbolize the silent suffering of billions of farm animals trapped in the industrialized torture of modern day animal agriculture, which is also a leading cause of climate change.

Check out this video on instagram of the last march. This march is going to be even bigger!
https://www.instagram.com/p/BopJpTbHrFc/?igshid=vmytkz8oip6s

This event will continue through Friday, Saturday and Sunday… with major speakers including Moby. There will be food trucks and celebrations to showcase another way of living that is gentler on the animals and the climate.

This event is all the more significant because of the ongoing crisis in the Amazon where fires, set by cattle ranchers seeking more grazing land, are destroying the lungs of the earth! Animal agriculture is the leading cause of habitat destruction, wildlife extinction and human world hunger, because animals eat so much more than they produce as food.