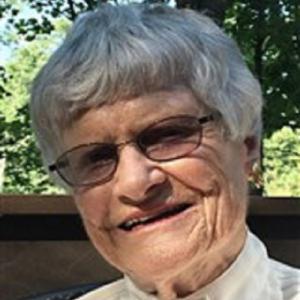 BRANFORD, CONNECTICUT, UNITED STATES, October 8, 2019 /EINPresswire.com/ — If everyone serving in public health is doing their job well, no one will know they’ve done anything at all. It’s one of the great ironies, and yet in every community you can find dedicated professionals committed to ensuring the public’s health and wellbeing.

Susan Silliman Addiss has dedicated her life to public service as a health administrator on the local, district, and state level. Now retired, Addiss leaves behind a legacy of excellence. Indeed, every community across the state of Connecticut owes her a great debt, whether they may be aware of it or not.

“Health departments make decisions every single day that affect the communities where they're operating,” says Addiss. “We believe we are here to improve the health of the public and that we work for the public and we are paid by the public. It was a fascinating career and very rewarding.”

Addiss holds master’s degrees in public health and urban studies from Yale. Given her education, she could have easily excelled in the private sector, but as a single mom with two kids, she needed a job with security to support her family, and the public sector was secure.

Her first job out of school was working for the New Haven Health Department as the deputy director, a health education position, where she led a lead paint poisoning screening program. She would go on to build a district health department in four communities where there wasn’t one, starting with just a secretary and a couple of sanitarians. She built what is now the Naugatuck Valley Health District.

When Addiss moved on to the state health department, she ran the Bureau of Health Planning and Development.

From 1991 to 1995, she served as the first woman commissioner of health for the State of Connecticut.

“My job was to serve the people of the state of Connecticut and try to improve their health,” says Addiss, “but I don't think a good leader leads from the top-down. “I believe leaders need to empower other people, so that's how I ran the health department. I listened to what my people had to say.”

CUTV News Radio will feature Susan Silliman Addiss in an interview with Jim Masters on October 10th at 11am EDT.

Listen to the show on BlogTalkRadio