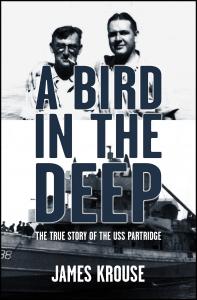 A Bird In The Deep – Book Cover 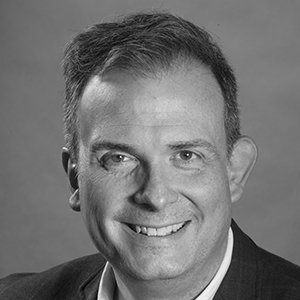 This well-written history draws connections to an iconic novel and illuminates the lives of World War II sailors.”
— Kirkus Reviews

CLEVELAND, OHIO, USA, October 15, 2019 /EINPresswire.com/ — ATBOSH Media announces the publication of Bird in The Deep, the True Story of the USS Partridge. This debut from James Krouse explores a leadership crisis aboard a WWII minesweeper participating in the D-Day invasion. The book compares this true story with Herman Wouk’s popular wartime novel and film The Caine Mutiny. Krouse’s grandfather, Thurman Krouse served aboard the Partridge during WWII when the ship rescued ships targeted by German U-boats in the Atlantic and Caribbean and later in the invasion of Normandy.

“I grew up hearing stories about life aboard the Partridge during the war and some of the similarities with Caine,” says Krouse, who interviewed surviving crew members and their families as well as conducted extensive research at the National Archives in College Park. “In researching a connection with Wouk’s iconic work, I found an incredible story about leadership, sacrifice, and an under explored piece of the World War II narrative. I think that this is a truly underexplored part of the war and the Partridge tells a small, but compelling piece of that history.”

The USS Partridge was a WWI era minesweeper serving the first part of WWII as a rescue tug in the Caribbean. The ship’s crew grew close during the harrowing first months of the war that saw ship’s sinking daily around Puerto Rico and Cuba. The ship served with distinction but when a new captain assumed command, morale aboard the ship deteriorated quickly. This led a group of officers to a difficult choice between following a captain’s orders and preserving the safety of their ship and crew.

Kirkus Reviews praised Bird in the Deep saying "This well-written history draws connections to an iconic novel and illuminates the lives of World War II sailors." And calling it "…a story filled with detailed history and persuasive analysis of how one leader failed his men."

ATBOSH Media Ltd. in Cleveland, Ohio is more than just Krouse’s publisher. As an Agency Press they also serve as his literary agent for both the book and its derivative works including the television and film rights.

"We are a different type of publishing house," says publisher Jared Bendis. "Instead of shopping around James’s amazing book to larger publishing houses, we published the book and will now be shopping it around to larger houses for them to take it to the next level."