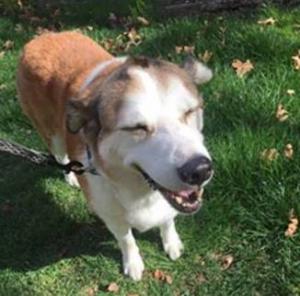 We as a nation should have no tolerance for animal abuse, and the PACT Act will allow federal authorities to stop heinous crimes when they occur on the federal level.”
— Holly Gann, director of federal affairs at Animal Wellness Action

“The U.S. is far overdue to establish a federal anti-cruelty law,” said Holly Gann, director of federal affairs at Animal Wellness Action and the Animal Wellness Foundation. “We as a nation should have no tolerance for animal abuse, and the PACT Act will allow federal authorities to stop heinous crimes when they occur on the federal level. We applaud Senators Toomey and Blumenthal for their tremendous work to shepherd this bill to passage in the Senate.”

“Passing this legislation is a major victory in the effort to stop animal cruelty and make our communities safer,” said U.S. Senator Pat Toomey. “Evidence shows that the deranged individuals who harm animals often move on to committing acts of violence against people. It is appropriate that the federal government have strong animal cruelty laws and penalties. Finally getting the PACT Act through Congress would not have been possible without the hard work of many. In particular, I thank Senator Blumenthal and animal advocacy organizations for partnering with me on this bill and now look forward to President Trump signing the PACT Act into law.”

“There’s no place in a civilized society for maiming and torturing animals— period. I’m grateful to Sen. Toomey for his leadership, and glad that the PACT Act is finally becoming law,” said U.S. Senator Richard Blumenthal.

The PACT Act would prohibit extreme acts of cruelty when they occur in interstate commerce or on federal property and cracks down on widespread sexual abuse of animals (bestiality). While current federal law bans the sale of videos showing illegal acts of cruelty, it does not prohibit the underlying conduct. Law enforcement agencies across the country, the National Sheriffs’ Association, the Fraternal Order of Police, and the Animal Wellness National Law Enforcement Council, have endorsed the PACT Act because of the well-documented connection between animal cruelty and violence against people.

The bill obtained a tremendous showing of support with 302 cosponsors in the House and 41 in the Senate. The Senate bill previously passed the Senate by unanimous consent in the 114th and 115th Congress, but it was blocked in the House at that time by former House Judiciary Chairman Bob Goodlatte (R-VA) despite the overwhelming bipartisan support.

"This measure fills a gaping hole in the federal legal framework against malicious animal cruelty," said Wayne Pacelle, founder of Animal Wellness Action, who came up with the original concept of the PACT Act five years ago. "It shouldn't take this many years to create prohibitions on malicious cruelty on federal property or in interstate commerce, but it's thrilling that the measure may soon become law."

The organizations now urge the President to sign the bill to make it law.