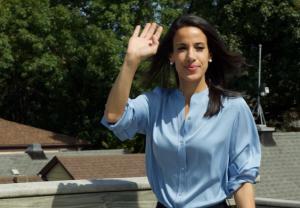 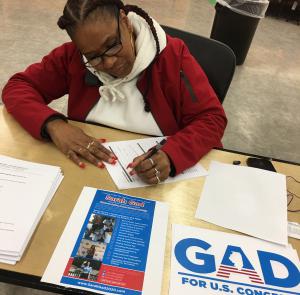 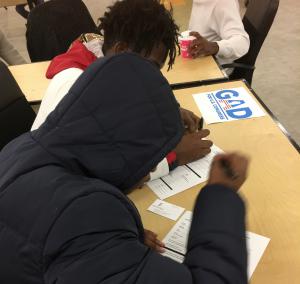 Gad's district encompasses the South Side of Chicago, an area plagued by disproportionately high levels of incarceration, poverty, and gun violence—all of which she says are inextricably linked⁠. "Our criminal justice system targets people of color and leaves them permanently disenfranchised, unable to find work, housing, or earn a living," she says.

This past Sunday, Gad's campaign hosted a job fair-style meet & greet for Chicago's reentry community. The four-hour job fair enlisted a variety of background-friendly employers—from Amazon to the U.S. Census—and concluded with 26 on the spot hires and dozens of additional interviews.

Gad says her campaign plans to host these job fairs on a recurring basis. "The unemployment situation out here is more dire than many people recognize," she says. "Finding stable employment is more than just about earning a living. It's also about staying off the streets and not getting killed."

Gad is a third-year law student at the prestigious University of Chicago Law School. She was awarded the 2019 University of Chicago Humanitarian Award for her advocacy work in the realm of civil rights and criminal justice reform. If elected, the 32-year old will become the nation's first formerly incarcerated female legislator.