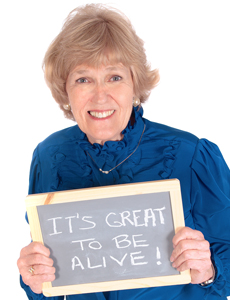 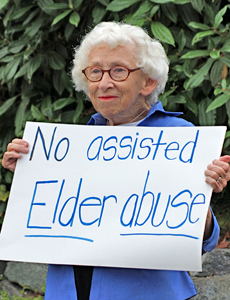 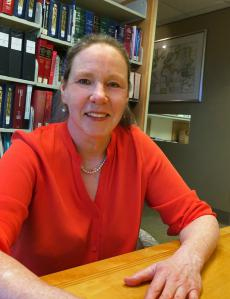 Eligible Persons May Have Years or Decades to Live

ALBANY, NEW YORK, UNITED STATES, February 11, 2020 /EINPresswire.com/ — Attorney Margaret Dore, president of Choice is an Illusion, a nonprofit corporation opposed to assisted suicide and euthanasia, made the following statement in connection with the Medical Aid in Dying Act, now pending before the New York State Legislature. (Bills A 2694 and S 3947).

“The Medical Aid in Dying Act is a recipe for elder abuse, financial exploitation and legal murder," said Dore. "Older people with money, meaning the middle class and above, will be especially at risk to their heirs and other financial predators." Dore added, "The poor will also be at risk, but for a different reason.”

Dore clarified, “‘Euthanasia’ is the administration of a lethal agent by another person. 'Physician-assisted suicide’ occurs when a doctor facilitates a patient’s suicide. 'Assisted suicide’ is a general term in which the assisting person is not necessarily a doctor.

“Elder abuse is already a problem in New York State and throughout the United States,” said Dore. “Philanthropist, Brooke Astor, is arguably New York’s most prominent victim. Her son, Anthony Marshall, plundered millions from her estate.”

Dore elaborated, “Perpetrators are often family members. They typically start out with small crimes, such as stealing jewelry and blank checks, before moving on to larger items or to coercing victims to change their wills or liquidate their assets.”

Dore added, “Perpetrators, including doctors, can also be straight up criminals. New York physician, Mike Swango, now incarcerated, got a thrill from killing his patients. Harold Shipman, a doctor in the UK, not only killed his patients, but stole from them and in one case made himself a beneficiary of the patient’s will.”

How the Act Works

“The Act has an application process to obtain the lethal dose,” said Dore. “Once the lethal dose is issued by the pharmacy, there is no oversight. No witness, not even a doctor, is required to be present at the death.”

Years or Decades to Live

“The Act applies to people with ‘a terminal illness or condition' expected to produce death within six months,” said Dore. “Such persons may in fact have years or decades to live. This is due to actual mistakes (the test results got switched), and because predicting life expectancy is not an exact science.”

“Consider also Jeanette Hall, who was diagnosed with terminal cancer in Oregon, in 2000,” said Dore. “She made a settled decision to use Oregon’s law, but her doctor convinced her to be treated for cancer instead. Today, nineteen years later, she is thrilled to be alive.”

Assisting Persons Can Have an Agenda

“Persons assisting a suicide can have an agenda,” said Dore. “Consider Tami Sawyer, trustee for Thomas Middleton in Oregon. Two days after his death by legal assisted suicide, she sold his home and deposited the proceeds into bank accounts for her own benefit. Consider also Graham Morant, convicted of counseling his wife to kill herself in Australia, to get the life insurance. The Court found: 'You counseled and aided your wife to kill herself because you wanted … the 1.4 million.'”

“This situation will change if the proposed Act is enacted,” said Dore. “This is because killing another person pursuant to the Act will legally not be homicide. The death certificate will list a natural death, which will allow perpetrators to inherit.”

“More to the point,” said Dore, “People with money, meaning the middle class and above, will be rendered sitting ducks to their heirs and other predators. The Act will create a perfect crime."

"Washington State's law went into effect in 2009," said Dore. "Three years later, a column in the Seattle Times, which is Seattle’s largest paper, suggested euthanasia 'if you couldn’t save enough money to see you through your old age.'" Dore elaborated, "So you if you work hard all your life, pay taxes and then your pension plan goes broke, this is how society will pay you back? With non-voluntary or involuntary euthanasia?"

Other States Push Back

Dore concluded, "Tell the New York State Legislature and the Governor to vote 'No.'"

Margaret Dore
Choice is an Illusion, a nonprofit corporation opposed to as
2066971217
email us here