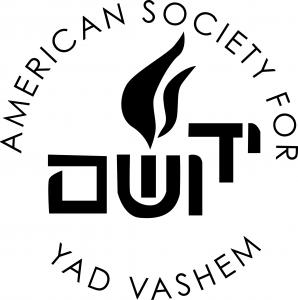 The 2nd educational Holocaust event is on February 27, 2020 and will feature Dr. Steven J. Ross, Professor of History at the University of Southern California.

The second event is on February 27, 2020 at 7:00 p.m. and will feature Dr. Steven J. Ross, Professor of History at the University of Southern California and the Myron and Marian Director of the Casden Institute for the Study of the Jewish Role in American Life. He will be discussing his most recent book, “Hitler in Los Angeles: How Jews Foiled Nazi Plots Against Hollywood and America”, which was named a Finalist for the Pulitzer Prize in History for 2018 has been on the Los Angeles Times Besteller List for 21 weeks. Q & A will be moderated by Frank Mottek of KNX 1070 AM.

Cost for event is $50, which includes a copy of Dr. Ross’ book with the purchase of a ticket. Tickets are available online at: www.yadvashemusa.org/LAseries
Seating is limited, and no tickets will be sold at the door.

Since its founding sixty-six years ago, Yad Vashem has become synonymous with Holocaust remembrance throughout the world. It is the ultimate source for Holocaust education, documentation, commemoration and research. From the Mount of Remembrance in Jerusalem, Yad Vashem's integrated approach incorporates meaningful educational initiatives, groundbreaking research and inspirational exhibits. Its use of innovative

technological platforms maximizes accessibility to the vast information in the Yad Vashem archival collections for an expanding global audience.

Yad Vashem is at the forefront of unceasing efforts to safeguard and impart the memory of the victims and the events of the Shoah period; to document accurately one of the darkest chapters in the history of humanity; and to grapple effectively with the ongoing challenges of keeping the memory of the Holocaust relevant today and for future generations.

The American Society for Yad Vashem (ASYV) was established thirty-eight years ago by a group of dedicated Holocaust survivors to advance the crucial efforts of Yad Vashem through Holocaust education, traveling exhibitions, programming for the next generation, and philanthropy. Since its establishment, ASYV has grown from a handful of dedicated members to hundreds of thousands of passionate supporters throughout the United States.