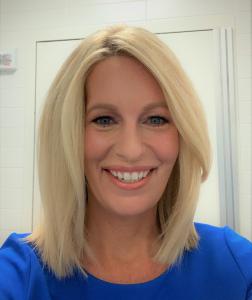 MIAMI, FL, UNITED STATES, February 12, 2020 /EINPresswire.com/ — Already, 2020 has been a stellar year for attorney Kelly Hyman. The South Florida-based lawyer has launched her own law firm, The Hyman Law Firm, P.A. and was selected as a 2020 Woman Leader in the Law by ALM. A respected and highly sought-after Democrat political analyst and legal commentator, Kelly Hyman also appeared on TV and radio spots, including Fox News’ “Watters’ World.” All of this is on the heels of her recent publication of “Top 10 Reasons to Dump Trump in 2020” late last year.

While many people don’t accomplish in a year what Kelly Hyman has in a month, those who know the lawyer are not surprised. Driven, dedicated, and passionate, Kelly Hyman has always been one to give her all to any endeavor, particularly when it comes to the law and defending those who have been wronged.

Australian-American lawyer Kelly Hyman earned her bachelor’s degree in communications from UCLA and in 2003, she earned a Juris Doctor with honors from the University of Florida College of Law.

Kelly Hyman soon put her intellect and talent to work as a representative of the Democratic party and an advocate for victims of wrongdoing. Kelly Hyman’s resume is peppered with accomplishments and titles, including former Clinton intern. Hyman has represented clients in several high-profile cases concerning significant issues. This includes a class-action suit concerning American Spirit, pending in the U.S. District Court for the District of New Mexico, of which she was on the discovery committee. She also has extensive experience in mass tort litigation and has represented claimants in claims and individual actions at state and federal courts involving significant issues such as tobacco, transvaginal mesh, and bladder slings, and water contamination.

Kelly Hyman is respected by her peers as a powerhouse professional, and with dozens of accolades and decades of experience under her belt, there’s no doubt this exceptional start to the new year is a predictor of even more great things to come for Kelly Hyman.