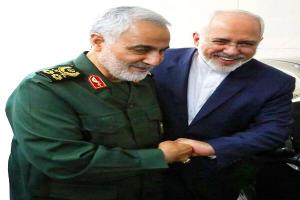 Zarif was a close associate of Qasem Soleimani 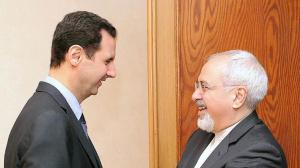 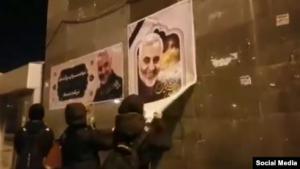 Senator Murphy has failed to recognize that as his meetings were taking place, Iranian students were chanting. "“IRGC is our killer”.

Let policymakers and diplomats, including my senator, not forget that Javad Zarif represents a regime that holds world’s record for most executions per capita.”
— Mr. Javad Gerami, Vice Chair of Iranian American Community in Connecticut

Washington, DC – As a non-partisan entity, Organization of Iranian American Communities (OIAC) denounces the recent meeting between Senator Chris Murphy (D-CT) and Iran’s Foreign Minister, Javad Zarif during the Munich Security Conference. While many topics were discussed during this meeting, the utter failure to hold regard for the plight of the Iranian people, their anti-regime protests, and the massacre of the 1500 men, women and children during the November 2019 uprising is at best naive, but also truly irresponsible.

Senator Murphy has failed to recognize that as his meetings were taking place, Iranian students across various campuses, including Amir-Kabir University, were protesting and demanding justice for those killed and arrested during the uprising and the shut-down of Ukrainian flight. Students chanted “IRGC is our killer” and denounced the regime’s sham elections, saying “no to ballot box, no to election.”

The ongoing and institutionalized violations of human rights in Iran must not be brushed aside for the sake of scoring political points. As Amnesty International noted in its 200-page-report on the 1988 massacre of 30,000 political prisoners, the Iranian regime and its leadership cadre is engaged in an, “ongoing crimes against humanity.” Crimes committed by Qassim Soleimani, Ebrahim Raisi (Iran’s current judiciary head) and many others who hold the highest offices in the regime today cannot be ignored or whitewashed for the sake of so-called engagement.

“Let policymakers and diplomats, including my senator, not forget that Javad Zarif represents a regime that holds world’s record for most executions per capita”, Mr. Javad Gerami, Vice Chair of Iranian American Community in Connecticut, says on Sen. Murphy’s meeting with criminal Zarif. Of the 1500 people his regime shot dead for taking part in protests since November 2019, a few dozen were children. Furthermore, not even 1 of their family members has been allowed to grieve properly or hold an open funeral. Javad Zarif is no diplomat. A self proclaimed friend of Qassem Soleimani, he represents a regime that holds the highest number of juveniles and female executions in the world. He is the foreign face of a regime that arrests, tortures, and murders union leader, labor activists, and environmentalists for calling out the systematic and systemic corruption in this regime.

With chapters in 40 states across the U.S., OIAC is the largest organization of Iranian-Americans advocating for a free Iran. We will continue to be vocal about those who are giving legitimacy to an otherwise criminal regime in Tehran, under the auspices of peace or diplomacy. To honor the call of millions of Iranian people who chant “death to Khamenei, death to Rouhani,” “hardliner, reformer, the game is now over”, OIAC renews its calls on Washington, DC and the national media outlets to rise above partisan politics and stand with the people of Iran in their struggle against religious tyranny.

The Real Face of Iran’s Foreign Minister – Mohammad Javad Zarif
• He is the foreign minister of a regime that only in the November national uprising in Iran:
o Killed more than 1,500 protesters whose identities remain concealed, most of them adolescents and teenagers as young as 13
o Has detained at least 12,000 whose fate remains unknown
o Has injured thousands of peaceful protesters with direct live fire and brutal attacks by security forces
• He was a close associate of Qasem Soleimani, commander of terrorist Quds force, despised by Iranian people and loathed by Iraqis and Syrians as demonstrated in their celebrations following his elimination. Soleimani was described as a child killer in Syria.
Soleimani congratulated Zarif for being sanctioned by the US because of his association with the regime’s Supreme Leader Ali Khamenei and Zarif declared the listing a badge of honor.
In an interview with a state-run daily on September 1, 2019, Zarif said: “General Soleimani and I have been working together closely for over 20 years. When I became minister, the two of us decided to make sure we meet at least once a week to review the latest developments and undertake the necessary coordination.”
• As foreign minister, Zarif is in charge of Iran's legion of so-called ambassadors and diplomatic staff around the world, which he has used in tandem with Iran’s MOIS and Quds Force to implement terrorist operations around the world. The foreign ministry which Zarif directs is subordinate to the regime’s MOIS and Quds Force.
o In June 2018, a senior diplomat from the regime’s embassy in Vienna was caught red-handed as he was handing explosives to terrorist agents. Assadollah Assadi, Zarif’s diplomat, and three terrorists were arrested in a joint operation by the German, French and Belgian intelligence services, all of whom are now in prison in Belgium, awaiting trial on charges of terrorism.
o Albanian intelligence officers uncovered a plot to detonate a bomb at a Nowruz (Iranian New Year) gathering of MEK members in Tirana, March 2017. Two MOIS agents, together with the regime’s Ambassador Mohammadnia and senior diplomat Roodaki, were expelled from the country by Albanian authorities.
o In October 2018, the Iranian regime sent another senior MOIS agent — Mohammad Davoudzadeh Lului — with close ties to the Iranian Embassy and its ambassador in Norway to assassinate an opposition figure in Denmark. He too now awaits trial on terrorism charges.
o Also, in 2018 two Iranian diplomats were expelled from the Netherlands for acts of terror.
o Earlier in January 2020, Albanian authorities expelled two other diplomats for their involvement in terrorist plots and closed down a so-called cultural center affiliated to the regime’s embassy.
• On 11 February 2019, Zarif met with Hassan Nasrollah, head of Lebanese Hezbollah terrorist group, in Beirut. Zarif assured him of the regime’s commitment to continue its support.
• In a visit to Damascus, Zarif met with Bashar Assad on 13 August 2015. In his meeting he denounced {other] foreign interference in the Syrian crisis and ironically emphasized the country’s sovereignty.
•

Iran is aflame with protest