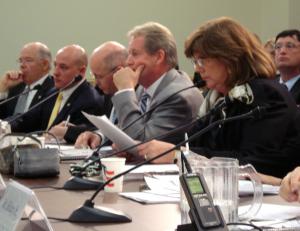 Donna Benefield picture testifying before the U.S. House of Representatives in 2013 along with AWA executive director, Marty Irby 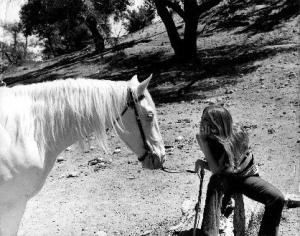 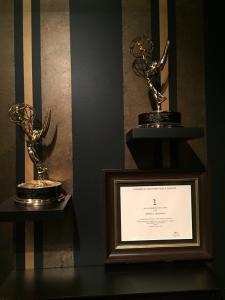 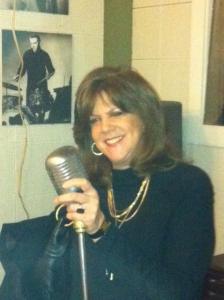 Benefield pictured in the recording studio

Our team will continue to lead efforts on Capitol Hill to ensure the protection of these majestic horses we care so deeply about and will soon be launching several new equine campaigns…”
— Donna Benefield, Senior Adviser of Equine Protection

WASHINGTON, DC, UNITED STATES, May 18, 2020 /EINPresswire.com/ — Today, Animal Wellness Action (AWA) announced the addition of Donna Benefield, of Gallatin, Tenn. as the organization’s new Senior Advisor on Equine Protection. Benefield was instrumental in the formation of four USDA-certified inspection programs over the past 30 years where she inspected thousands of gaited horses and is a Past President of the National Plantation Walking Horse Association. A lifelong horsewoman, Benefield is one of the most prominent students of the late Glenn H. Randall, Sr. who trained horses ranging from cavalry mounts, to Roy Rogers’ palomino, “Trigger,” Gene Autry’s, “Champion,” and other many other movie horses featured in countless films like Ben-Hur, and The Black Stallion to name a few.

A former two-time Emmy Award winning producer, Benefield and her late husband Richard worked with equines in numerous films including the 1991 blockbuster The Last Boy Scout with Bruce Willis and Daman Wayans and the hit series Dark Shadows. She was introduced to the world of Tennessee Walking Horses by the late Joan Blue, a longtime equine advocate that worked to pass the Horse Protection Act of 1970. In 1982 Benefield won the Plantation Walking Horse World Grand Championship and Halter World Championship at the Tennessee Walking Horse National Celebration and in 1984 she performed in exhibition at the Summer Olympics held in Los Angeles, California.

Exposed to the world of soring – the intentional infliction of pain to Tennessee Walking Horses’ limbs in order to achieve a high-stepping exaggerated gait known as the “Big Lick” – Benefield began work to reform the industry and was instrumental in the production of CNN’s Special Assignment: “They sore horses don’t they,” and Maury Povich’s “Current Affairs” expose on the Tennessee Walking Horse corruption and abuse in the 1980’s.

Benefield worked closely with the Federal Bureau of Investigation after a contract on her life was taken in the late 1980’s. She’s testified before the U.S. Federal Court about the practices of soring in 1988, at numerous U.S. Department of Agriculture listening sessions over the course of 30 years, and in front of a U.S. House of Representatives committee in November of 2013 in support of the Prevent All Soring Tactics (PAST) Act. AWA helped push that bill onto the House floor in 2019, with the measure passing overwhelmingly. Benefield worked with leaders of Animal Wellness Action to secure 308 cosponsors for in the U.S. House and 51 in the U.S. Senate.

She is a former National Board Member of the Tennessee Walking Horse Breeders’ & Exhibitors’ Association, has spoken at Sound Horse Conferences in Columbus, Ohio, and Franklin, Tenn. and has been featured on the cover of magazines and in articles in Equus Magazine and Horse Illustrated, as well as dozens of mainstream publications in the U.S.

“I am thrilled to join the Animal Wellness Action team, and committed to eradicating the plague of soring, ending the slaughter of American equines, preventing the mass roundups and surgical sterilization of American wild mustangs and burros, and end doping in American horseracing,” said Donna Benefield, senior adviser on equine protection at Animal Wellness Action. “Our team will continue to lead efforts on Capitol Hill to ensure the protection of these majestic horses we care so deeply about and will soon be launching several new equine campaigns in the upcoming months.”

“The key to any successful animal welfare organization is the presence of talented, mission-committed people, and when it comes to horses, Donna Benefield is a star performer,” said Wayne Pacelle, president, and founder of Animal Wellness Action.

“We are honored to have Donna Benefield join our team, and believe that her expertise and influence will be tremendous assets in protecting our iconic American equines, whose very backs this country was built upon,” said Marty Irby, executive director at Animal Wellness Action and a past president of the Tennessee Walking Horse Breeders’ & Exhibitors’ Association. “Donna is a stalwart in the industry, and one of the most dedicated and effective forces in the crusade to end soring that I have ever known.”

Animal Wellness Action (AWA) is a Washington, D.C.-based 501(c)(4) organization with a mission of helping animals by promoting legal standards forbidding cruelty. We champion causes that alleviate the suffering of companion animals, farm animals, and wildlife. We advocate for policies to stop dogfighting and cockfighting and other forms of malicious cruelty and to confront factory farming and other systemic forms of animal exploitation. To prevent cruelty, we promote enacting good public policies and we work to enforce those policies. To enact good laws, we must elect good lawmakers, and that’s why we remind voters which candidates care about our issues and which ones don’t. We believe helping animals helps us all.