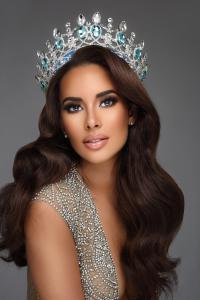 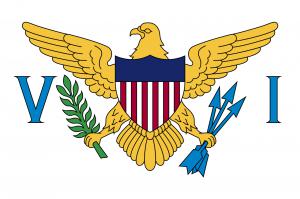 The creation of a virtual carnival helps residents to celebrate the Carnival of St. Thomas of the U.S. Caribbean territory safely amidst covid-19

CHARLOTTE AMALIE, U.S. VIRGIN ISLANDS, UNITED STATES (USVI), May 18, 2020 /EINPresswire.com/ — As of today, the confirmed number of COVID-19 cases in the U.S. territory of the Virgin Islands is 69. To date, the islands have recorded 6 deaths and 61 recoveries and there are only 2 active cases on the island.

Testing for the virus has been carried out on 1,300 people and of these the 1,194 tested negative, and 37 results are still pending.
For those who don’t know much about this territory of the U.S., the U.S. Virgin Islands have a population of approximately 104,000 in total. The three islands have a large demographic group of people aged over 60. St. John has the smallest number of inhabitants at just under 4,000, but the islands of St. Thomas and St. Croix have approximately 50,000 inhabitants each.

Considering that this has been an unprecedented pandemic, preparedness was essential for the islands. And, even though the islanders are used to being on high alert because of the annual hurricane season this has been an abrupt disruption of their economy which relies heavily on tourism.
Current Miss Universe U.S. Virgin Islands, Andrea Piecuch said over the weekend, “I want to praise Governor Albert Bryan, for taking the timely decision at the end of March 2020 to cancel and postpone certain events. Even though the cancellations affected the popular festival of St. Thomas, which usually runs for a month from early April to early May, we all understand that this was to protect us. These timely decisions made by Governor Bryan and his various departments are why the spread of the virus was contained effectively.”

Ms. Piecuch continued, “Even though we were all looking forward to the Carnival, the creation of a series of online events has helped us all keep the sense of community with this virtual experience and to focus on something other rather than the global crisis. The first was the Home Wuk party which featured DJ Avalanche and he played great music from the region for two hours. The virtual carnival experience was launched by the Department of Tourism’s Festivals Division and I believe that the event had more than 63,000 views.”
Testing for COVID-19 began as early as March 3, on the islands and the first case was confirmed on March 13. By March 22, the first community transmission case was announced.

Governor Bryan has been applauded by many for taking fast action as soon as the first case was diagnosed. From March 13, he already deemed it necessary to deny the cruise ship Grandeur of the Seas entry to the islands. Only one injured passenger could be removed from the ship for treatment.
Since March 23, all non-essential businesses were ordered closed and Governor Bryan asked everyone to stay home in the first of a five-tiered system.
The “Safer at Home” order continues as the islands moved into the next tier of the phased opening of the economy which started on Monday, May 4. Gatherings, sports and recreation facilities, and other businesses may operate if social distancing is maintained and anyone from the age of 2 upwards must wear a face mask.

All schools remain closed at this stage, and restaurants can still not seat people so they have to rely on doing business with take-outs and delivery. Bars also remain closed.
“Our islands rely on tourism and the Carnival at St Thomas may be postponed to a later date. However, even if it isn’t, the virtual events of the cultural celebrations have attracted a lot of views and there are many other events that visitors will be able to look forward to on the islands once the lockdown is lifted,” said Andrea. “The St. John Festival takes place in early July and is a celebration of the emancipation of the USVI. St. Croix has a fantastic Christmas Festival that is celebrated from December to early January and visitors can enjoy all the colorful participants in the events and the delicious food of the region.”
In the meantime, the anticipated move to the next tier is planned for June 1 if all goes according to plan. That is when the USVI is hoping to reopen to travelers.

In his speech in early March, Mr. Bryan spoke emotionally about the impact of the coronavirus on the economy of the islands in the coming months. The territory relies heavily on tourism dollars and as fiscal revenue has dwindled, tax filing has also been delayed. This braking of the economy has most certainly had a huge impact on the private sector where unemployment has risen, while those manning essential services have had to work long shifts and need to be remunerated.

This territory of the U.S. immediately organized financial assistance from various sources to help those affected by unemployment and to pay overtime to the staff of essential services.

Andrea Piecuch, Miss Universe U.S. Virgin Islands is more than just a pretty face. She moved to the islands over a year ago now and lives on St. Thomas. Her beauty and charm won her a place as the representative of the territory at the Miss Universe beauty pageant in 2019 in Atlanta. The beautiful former air stewardess chose the Virgin Islands as her home after sending three years flying around the world and visiting 77 countries. Andrea is half Polish and speaks 5 languages fluently, including Arabic. Besides having participated in a couple of pageants she is also a model and businesswoman. She believes that beauty pageants play an important role in helping young women of all backgrounds build self-esteem and confidence.