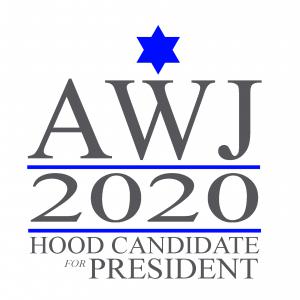 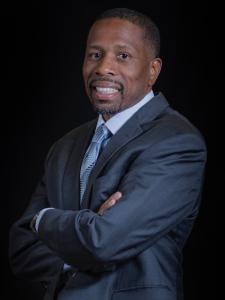 AURORA, ILLINOIS, UNITED STATES, May 28, 2020 /EINPresswire.com/ — In a country devastated by the deaths and injuries of hundreds of people, many of them unarmed, at the hands of police officers, drastic changes are needed in our approach to public safety. Such excessive force by police is particularly disturbing given its disproportionate impact on people of color. Andy Hope Williams Jr., a Write In Presidential Candidate envisions and fights for a country where law enforcement treats all communities with dignity, employs restraint on police power, and uses only the degree of force necessary to maintain the community’s safety.

Williams seeks to have greater collaboration with and inclusion of community stakeholders; to improve training, policies, and practices to reduce the use of force; and to encourage stronger mechanisms for transparency and accountability, such as independent civilian review boards with disciplinary authority. His vision: a Kingdom on Earth where no community has to fear the police and where arrest and use of force by law enforcement are last resorts, not first options.

On Sunday May 31, 2020 at 3:00 p.m., Williams, activists and victims who suffered police brutality at the hands of Aurora officers, will peacefully assemble at the Aurora Police Department located at 1200 E Indian Trail Rd, Aurora, IL 60505. Williams, a Native from Aurora is running for President as a write in Candidate.

On August 27, 2019, Williams was racially profiled which led to an unlawful arrest. Four undercover police officers ambushed Williams for allegedly disobeying a stop sign. Williams was visibly upset as the officers tried to escalate the situation by given statistics about how many cops are shot during a traffic stop. “I was stopped, detained, and was very uncomfortable," said Williams, a community activist and Disciple of Christ. “I never thought after twenty-seven years of working to build the community I helped destroyed would this happen to me” said Williams who is a paralegal and has a bachelor’s degree and was once involved in gangs, selling drugs, and had been to prison in the 1990's.

On April 27, 2020 Williams filed a pro se complaint pursuant to 42 U.S.C. 1983 against the City of Aurora, Aurora Chief of Police and the four police officers. Williams alleges the defendants violated his constitutional rights. Williams is representing himself in the suit.

After posting what happened on Facebook, Williams has received numerous complaints and videos of excessive force used by the Aurora Police Department, espicially the Special Operations Group also known as the SOG unit. On September 28, 2019, Officer K. Vogiatzis assaulted Marcus Randle during a traffic stop while he was handcuffed. Williams and Randle filed a complaint with the APD and the Officer Vogiatzis was found to have violated rules and regulations, but is still on the force.

After seeing what happened to George Floyd, activists in Aurora are fearful that it is just a matter of time before someone gets murdered by an Aurora Police Officer. "Some of the Officers that work at the Police Department are great, but they owe us a responsibility to hold the bad apples accountable," says Williams. "The Police always looking for the community to snitch, but they don't snitch on the criminals working in their department." Williams alleges the City maintains a de facto policy of racially discriminated stops which often result in excessive force and constitutional rights being violated.

On Sunday May 31, 2020, we say NO to injustice, NO to excessive force, NO to police brutality. "As President of the United States, I will pick up where Obama left off and use the Department of Justice to hold Municipalities accountable when they use excessive force." Williams is referring to a January 12, 2017, lawsuit filed by the United states of America in the United States District Court for the District of Maryland. The suit alleged a pattern or practice of conduct by law enforcement officers in deprivation of people's rights under the United States Constitution and federal laws. The United States brought the action against the Police Department of Baltimore City and the Mayor and City Council of Baltimore under the Violent Crime Control and Law Enforcement Act of 1994, 42 U.S.C. § 14141, Title VI of the 1964 Civil Rights Act, 42 U.S.C. § 2000d, the Omnibus Crime Control and Safe Streets Act of 1968, 42 U.S.C. § 3789d, and Title II of the Americans with Disabilities Act of 1990, 42 U.S.C. §§ 12131–12134.

In response to the DOJ’s findings, BPD and the City of Baltimore entered into an Agreement in Principle to work on creating a judicially-enforced consent decree that would help resolve the problems uncovered during the DOJ investigation. The Agreement in Principle outlined several key areas that the future consent decree should address, including: policies, training, data collection, and analysis; technology and infrastructure; officer support; and community policing strategies.

Williams and his team will be helping individuals file complaints against the Aurora Police Department as well as filing FOIA requests. Williams states: "The people need to elect a President who will proclaim good news to the poor, bind up the brokenhearted, proclaim freedom for the captives and release from darkness for the prisoners, I AM the Hoodcandidate for President who will set the captives free."

Join us this Sunday to ensure our families, police officers, and loved ones are safe and will make it home from a traffic stop that does not result in death.