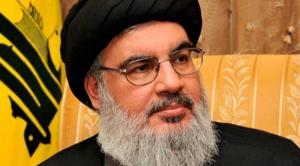 WASHINGTON, DC, USA, May 28, 2020 /EINPresswire.com/ — On Tuesday, a group of Finnish peacekeepers operating under the UN mandate for the UN Interim Force in Lebanon (UNIFIL) were surrounded by angry residents and had to be escorted to safety by the Lebanese army. Afterwards, surrounding villages accused the peacekeepers of "entering and searching people's vineyards and private properties," describing such actions as “unacceptable.”

The United States has been concerned that UN peacekeepers are being prevented from carrying out their mission which includes the ability to confiscate weaponry which is secreted in the area. Part of their mandate states:

“In case specific information is available regarding movement of unauthorized weapons or equipment, the LAF will take required action… However, in situations where the LAF are not in a position to do so, UNIFIL will do everything necessary to fulfil its mandate in accordance with Security Council resolution 1701.”

Hezbollah chief, Hassan Nasrallah, characterized the US concern as the request for a “change” in the UN mandate being pushed at the request of Israel, but according to UNIFIL guidelines they are free to “use force to ensure that their area of operations is not used for hostile activities; and resist attempts by force to prevent them from discharging their duties under the Council mandate.”

“The essential mission of UNIFIL is to prevent the re-militarization of South Lebanon following the departure of Israel in 2000,” said World Council for the Cedars Revolution (WCCR) national director, John Hajjar. “The US simply wants UNIFIL to fulfill its original mandate, not to continue to turn a blind eye to Hezbollah and its 150,000 missiles that threaten peace and stability in the region.”

It is obvious Hassan Nassrallah has exploited every loophole in the UNIFIL mandate to install missile batteries in Southern Lebanon aimed at Israel. He wants to continue using UNIFIL for its own purposes while standing in flagrant violation of UNSCR 1559 and 1701. Furthermore, he has no authority to accept or reject United Nations Security Council decisions which are made on behalf of the people of Lebanon and the Lebanese Diaspora.

“Mr. Nassrallah, your actions have destroyed Lebanon's economy and have destabilized the whole region,” added WCCR Secretary General, Tom Harb. “Pointing your finger at the US for merely insisting that UNIFIL does its job is a sign of your failure. The UN must enforce its just and lawful mandate.”