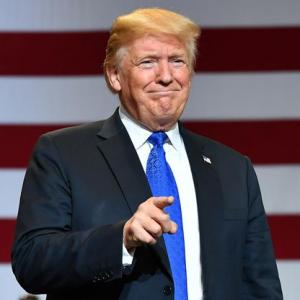 Millennials are particularly skeptical about the state of U.S. democracy, while Baby Boomers have much greater faith in the system.

With such low levels of confidence in the mechanics of our democracy, it’s obviously time to check the oil.”
— Jeff Barge

CLEVELAND, OHIO, UNITED STATES, November 18, 2020 /EINPresswire.com/ — In a major blow for confidence in our democratic system, a new poll of 1,004 Americans reveals that only 79% of those who voted in the Nov. 3 presidential election were confident that their vote was counted, while 34% of voters in that election were sure that numerous illegal votes were counted.

The result: Only 33% of Americans surveyed felt that the recent presidential election increased their faith in democracy and the Constitution.

The Caravan survey was commissioned by Ohio communications consultant Jeff Barge, president of Lucky Star Communications, and was conducted by ENGINE Insights of Princeton, N.J. The poll was taken Nov. 9-11, 2020, and has a margin of error of plus or minus 3%.

The poll also asked questions on whether rich and poor were being equally treated in terms of their access to four key Constitutional guarantees.

–Only 40% of Americans surveyed felt that rich and poor had equal access to the right to run for office. Nearly half of Baby Boomers felt that way (49%). significantly more so than Millennials (31%). 41% of Whites, 32% of Blacks, and 37% of Hispanics felt that way. In an identical poll taken in 2000, 41% overall felt that way.

–Only 40% of Americans in the survey felt that rich and poor had equal access to the federal courts, with 49% of Baby Boomers feeling that way but only 29% of Millennials agreeing. The figures were 43% for Whites, 31% for Blacks and 37% for Hispanics. In an identical poll taken in 2000, only 28% overall felt that way – an increase of 12 percentage points.

"With such low levels of confidence in the mechanics of our democracy, it’s obviously time to check the oil," said Barge. "Some groups are addressing these problems, but they’re not gaining much traction."

"As regards the right to vote, Democratic leader Stacey Adams seems to be leading the way," said Barge.

Copies of the survey with breakdowns by race, age, sex, geographic area, and income are available upon request.

Lucky Star is a Cleveland based writing and press relations firm serving customers primarily in the fields of book publishing, public interest, and small business.