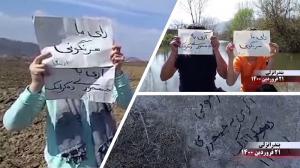 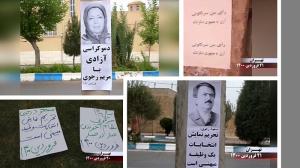 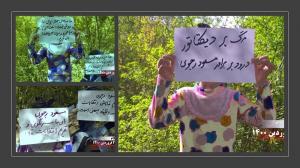 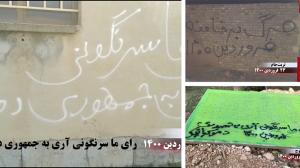 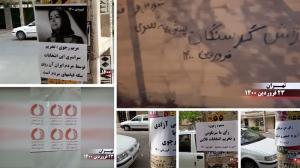 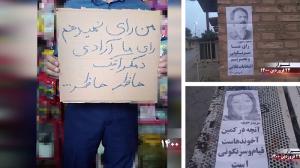 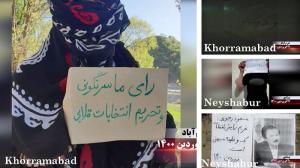 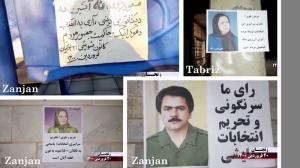 Call for a boycott of the regime's sham Presidential election – Nationwide activities of MEK supporters and Resistance Units:

Slogans spread across the country; "Our vote is regime change, yes to a democratically-elected republic”
— NCRI

Slogans on placards, graffiti, and banners calling for the boycott of the regime's sham election included: "Maryam Rajavi: nationwide boycott of the election, a response to the murderers of 1,500 martyrs of November 2019 uprising,” "Maryam Rajavi: The Iranian people’s nationwide boycott of the upcoming sham election is the flip side of the people's uprisings," "Massoud Rajavi: No to religious dictatorship, yes to a democratically-elected republic," "Massoud Rajavi: Our vote is regime change and boycott of the sham election," “Boycotting the election farce is a patriotic duty," "Our vote is regime change, yes to a democratically-elected republic,” "Uprising, and downfall of the regime is approaching,” "Democracy, freedom with Maryam Rajavi," "Down with Khamenei, long live freedom," "The sham presidential election lacks legitimacy among the Iranian people," "The Army of the hungry onward to rebellion and uprising,” and "Down with Khamenei.”

Secretariat of the National Council of Resistance of Iran (NCRI)
April, 2021