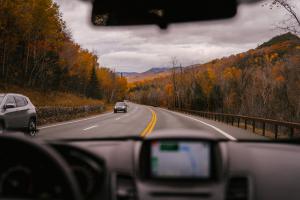 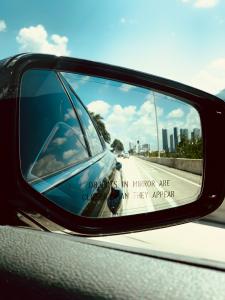 The past does not define you; forget the rearview

As Visionaries We Prefer Windshields to Rearview Mirrors

The visionary starts with a clean sheet of paper and re-imagines the world.”
— Malcolm Gladwell

ARNOLD, MO, UNITED STATES, May 14, 2021 /EINPresswire.com/ — Several decades ago a trend became apparent. The recidivism (rate for repeat sexual offending) was declining. Almost simultaneously with this discovery, Congress began passing legislation with a focus on rape and molestation. An influx of laws began being passed based on the perceived notion there was an urgent need for tough-on-crime legislation in several offense areas. Congress believed it was their duty to enact these laws as the most efficient way to keep the public safe. Following the public outcry, the net was widened. More and more offenses, much to the surprise of those being adjudicated, faced serious prison time and assured placement on a publicly viewable list after serving their full sentence. Researchers and advocacy groups began to notice and question the number of those on the register as it sidled up to one million and at that point, the numbers reporting went on hiatus.

An overwhelming fact came to light. The congressional actions and delegation issue brought about a trickle-down effect as state legislators on down, began enacting more of the same. This produced a quagmire of the mantra warning legislators of their demise if they voted for a reasonable change in legislation that would restore human rights to people with a past conviction who are trying to rebuild their lives and support their families.

Then the researchers and treatment providers began to catch up with the fast-moving judicial system. Studies were peer-reviewed but still guarded within their community. Meta-data was and is produced.

Where are we today? We have come to recognize that strict laws, destructive restrictions, and degrading labels are not the answer to public safety. So, as visionaries, we declared a moratorium against derogatory terms and proposed a more respectful person-first approach developed by the American Psychological Association (APA) in 2018. As well explained and simply stated in the paper, “Why call someone by what we don’t want them to be” which appeals to mankind to acknowledge adjudication, conviction, punishment met and the ask that they and their family be treated like other human beings who made a past mistake.

We envision educating the public, state and federal legislators, criminal justice and social justice entities as well as a very expansive number of organizations to end the negative dialog and fear-infused rhetoric which will lead to legislative decisions based on facts. We envision a time when the Supreme Court of the United States (SCOTUS) hears and agrees there is a need for realignment based on empirical peer-reviewed data that arrives at a consensus — based on solid truths outside of fear-driven and politically charged rhetoric. The past is in the rearview and the future in the windshield.