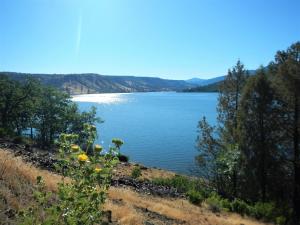 A drawing from 1913 by famous engineer/dam builder J.C. Boyle shows the naturally-formed 31-foot-tall lava dam holding back the Klamath River creating ‘Clammittee Lake’, which was present when construction on Copco 1 dam began. Migratory fish didn’t get past this dam 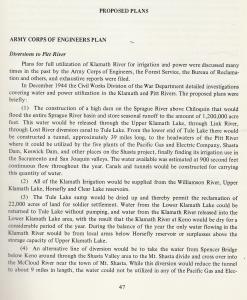 This page (47) from J.C. Boyle’s book ’50-Years On The Klamath’ details the general plan to send water from the Klamath Basin in Oregon to Southern California 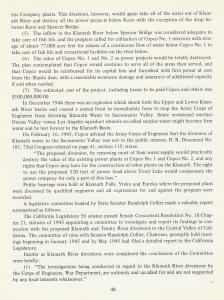 This page (48) from J.C. Boyle’s book ’50-Years On The Klamath’ details the general plan to send water from the Klamath Basin in Oregon to Southern California 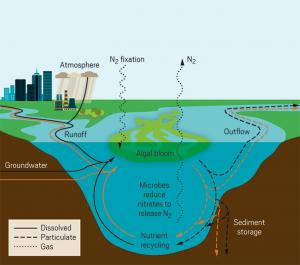 Nitrogen fixing algae, as seen in Copco and Iron Gate Lakes on the Klamath River, are Nature’s solution to remediating anthropogenic nitrates in the water. They take nitrates out of solution and integrate them into their bodies, thereby sequestering them

YREKA, CALIFORNIA, UNITED STATES, August 12, 2021 /EINPresswire.com/ — It seems that elitists have been and are currently engaged in what may be called a game of chess for control of precious water resources.

Toying with the health, safety, welfare and the very lives of Americans is a dark enterprise.

And the people who are trying to separate hundreds of thousands of Americans from the beneficial uses of the 45-billion gallons of fresh water reserves impounded behind Iron Gate and Copco Lakes, that is provided under federal law (Klamath Basin River Compact), are toying with the lives of Americans.

The Klamath River Renewal Corporation (KRRC), a shell corporation that arguably represents the interests of certain elitists, has floated an attempt to fool the public into thinking that removing the Klamath River dams will restore a fish migration, when that is false.

Settled science proves that no fish, Salmon or otherwise migrated past the natural high lava dams that formed across the Klamath River at Ward's Canyon millions of years ago, and continued to block fish migration right up until the time Copco 1 dam was built. This fact is based-upon reliable, unbiased, settled science and geology.

Nature, not man, ordained that fish migration was barred at Ward's Canyon on the Klamath River.

These irrefutable, settled scientific facts that detail Nature's lava dams, are by-far the most compelling arguments when compared to the weak theories and conjectures that are now desperately flung at the public by biased pro-dam-removal surrogates, including some scientists, who are willfully ignorant, or who are still struggling to comprehend the connections between geology and the evolution of species in the Klamath River Canyon.

Recently, The National Judicial College, held a so-called discussion of the Klamath River dams removal project, titled; 'Dividing the Water's – Lower Klamath Basin'. The panelists for the discussion were in total, pro-dam removal surrogates of KRRC.

A Propaganda Summit By Another Name

The event and the discussion was arguably completely censored given that groups and individuals with opposing or agnostic views were not invited, nor were any of their questions put to the panelists. It seemed to be a panel of dam-removal zealots set upon convincing the public of their beliefs, which are skewed from genuine science and natural history.

The Premise of fish migration past Ward's Canyon (site of Copco 1 dam) is a myth, and is arguably being used to achieve an ultimate water-grab on a massive scale.

According to the Los Angeles Times:

"The point of Gov. Gavin Newsom’s proposed underground aqueduct is to divert water from the Sacramento River beneath the fragile wetlands, waterways and islands that make up the Sacramento-San Joaquin River Delta to an artificial body of water about 25 miles southwest of Stockton known as Clifton Court Forebay. From there, water would continue to flow through state aqueducts to coastal and Southern California and through federal channels mostly to farm fields in the San Joaquin Valley."

So this begs the question:

Why spend $11-Billion in tax-dollars to build a tunnel to connect a river, in this case the Sacramento River, that already has less than adequate flows to service existing demands by domestic, agricultural and wildlife needs, to an aqueduct serving the inexhaustible demands of southern California and Los Angeles?

The clear answer is simple: Getting control over the abundant water sources in the Upper Klamath Basin and diverting that water into the upper Sacramento River provides the extra water that could supply the new tunnel and from there, via the California Aqueduct to a very thirsty southern California.

Not so. This plan, sending water from the Klamath Basin in Oregon to southern California is not new. It was discussed and published in detail, with plans made on how to accomplish this water grab completed back in the 1940's. (SEE IMAGE; pages 47 & 48 from J.C. Boyle's book; '50 Years On The Klamath')

And now, it seems the time has come to execute that decades old plan, as a result of Climate Change and the projected intensifying extreme drought that is desiccating the southern two-thirds of California, where wells are going-dry, even in affluent communities and counties.

According to the Water Education Foundation:

"While parts of Northern California receive 100 inches or more of precipitation per year, the state’s southern, drier areas receive less precipitation – and just a few inches of rain annually in the desert regions. That means 75 percent of California’s available water is in the northern third of the state (north of Sacramento), while 80 percent of the urban and agricultural water demands are in the southern two-thirds of the state."

The Moves In A Complex Game of Chess

Having established the first possible move to enable dam-removal, what comes next?

The result of removing Iron Gate and Copco 1 dams:

1) Draining 45-Billion gallons of reserve fresh water held in Copco and Iron Gate lakes along with the beneficial blue-green algae that naturally mitigate the excess nitrates and phosphates from Agri-production and natural sources (SEE IMAGE of nitrogen mitigation by blue-green algae).
More about the benefits of blue-green algae here: https://www.einnews.com/pr_news/547122230/blue-green-algae-in-copco-and-iron-gate-lakes-behind-klamath-river-dams-nature-s-solution-for-anthropogenic-nitrates ; and,

2) Sending the estimated 20-million metric yards of polluted clay sediments sitting behind the dams that are laced with high concentrations of nitrates and phosphates, down the Klamath River; and

3) Silting-in spawning beds (redds) that are critical to maintain the existing runs for salmon and trout; and

4) Causing the eutrophication of the entire Klamath River.

The end result will be a dead river for a decade or more!

The End Game; Putting the Klamath Basin Farmers and Ranchers in Check

Then, when there are zero fish left in the entire Klamath River as a result of this monumental intentionally-planned pollution event, the Native American tribes down river, who are unfortunately unknowing pawns in this horrific elitist chess game, will as planned, call-in the EPA, DEQ and other organizations from both California and Oregon to conduct a study and water analysis.

Their water analysis will show that; the total dissolved nitrogen and phosphorus in the Klamath River as being exceedingly high, now that the former natural mitigation system performed by the Blue-Green algae in Copco and Iron Gate lakes are gone and drained to sea, along with the 45-Billion gallons of fresh water that was held in reserve in those lakes.

At this point, with test-tubes and lab-reports showing unmitigated Agri-pollution adding to the natural nitrates and phosphates from the Klamath Lake, the EPA as well as Oregon and California departments of environmental quality will require draconian cost prohibitive pollution reduction measures on Klamath Basin agricultural producers.

And regardless of any government subsidies that any particular farmers or groups currently enjoy, they will also have to conform to the pollution control mandates. It's likely that the costs that will be associated to mitigating the agri-pollution will render most, if not all, farmer's business models into financial losers. And as farms sequentially fail, ultimately, all of the water they were using to irrigate will become available to send down to Los Angeles.

As for the unfortunate Native Americans, they will, as they have throughout history, be left 'holding the bag' for insisting on what they of all people should have known, was not true.