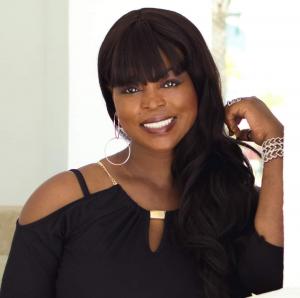 Achieving that goal also included overthrowing the Taliban, and steadily the mission morphed into a vast, complicated experiment to reshape a society that few Americans understood.

After a war stretching over four U.S. presidencies, over $1 trillion and tens of thousands of lives lost, the once-routed Taliban has retaken power in a swift march across Afghanistan, barely meeting resistance, occupying the presidential palace and driving the remaining U.S. troops to a single redoubt: an airport now swamped with Afghans desperate to flee.

Despite its military might, expertise and investment, the United States badly miscalculated the speed and absolutism with which the Taliban would overtake Afghanistan and is handing a battered country back to the very people the U.S. sought to defeat, with any gains in nation-building, education and civil rights in jeopardy.

Why? And who is to blame?

I honor the statement by Joe Biden on Afghanistan.

"American troops cannot and should not be fighting in a war and dying in a war that Afghan forces are not willing to fight for themselves. We spent over a trillion dollars. We trained and equipped an Afghan military force of some 300,000 strong incredibly well equipped a force larger in size than the militaries of many of our NATO allies." – President Joe Biden.

1) I have my own stance in war, I'm not against it or for it. However, I'm a mother of an active Navy Seal and I don't believe that American soldiers, our children and our loved ones should die for causes not related to their country. While I do understand that war is sometimes necessary, but the cause for the war should be justified.

2) Afghanistan war and Iraq war costs the United States to be in debt of $2 trillion dollars and now we are dealing with COVID-19 and the cost of providing vaccinations coverage have already cost the United Stated so much money. A war at this time will not be favorable to America.

3) This war will also lead to more issues such as: more distrust and recrimination, and most likely will provoke internal movements against any government perceived to be loyal to the United States.

4) American military have fought in many wars, some of which within America itself as well as abroad. These wars have fought for variety of reasons, most of these wars were justified such as getting their independence from colonists to the expansion of national boundaries to fight against terrorists attacks against the American people.

Tamara Dalton has published 4 books. As a registered nurse, she also published a nursing NCLEX-RN book. She is a certified life coach and a wellness coach who makes people make progress in their lives in order to obtain success and great fulfillment.

From Port Au Prince, Haiti, Tamara Dalton now lives in Florida where she writes and works as a nurse after attending college. She is the author of an earlier book called “The LOVE WITHIN” (title?) Early on, Tamara struggled to get by in the USA without a green card. “I married the wrong man to get my immigration papers without thinking of the consequences. After years of feeling worthless due to two failed marriages – where I was verbally and physically abused – I even experienced homelessness. I want to share my story in big way to help other people, especially challenged women.” Tamara overcame all her challenges herself, graduated from college where she studied nursing and went on to raise three sons, including one now serving in the U.S. Navy, another in the U.S. Army and a third, a music producer.