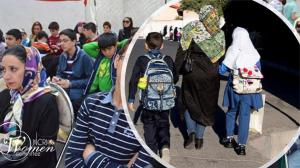 (NCRI) and (PMOI / MEK Iran): According to a news article published by a semi-official newspaper in Tehran, the clerical regime’s Education Ministry will no longer hand over the children’s report cards to their mothers. 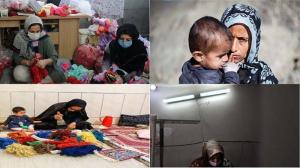 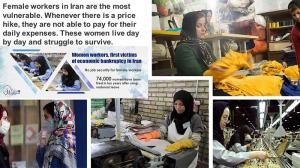 (NCRI) and (PMOI / MEK Iran): Unfortunately, women are the last to be hired and the first to be fired in Iran so when there is an economic crisis they are the main victims. Basically, they are just cheap labor and have no rights at all. 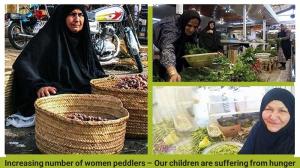 (NCRI) and (PMOI / MEK Iran): Womens are unprotected and have no job security in the agricultural and allied industries. 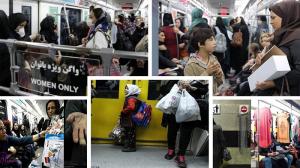 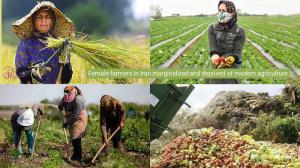 (NCRI) and (PMOI / MEK Iran): Despite their vital importance to rural economies, women are marginalized from the industrial, agricultural sector and deployed under oppressive conditions of traditional farming. 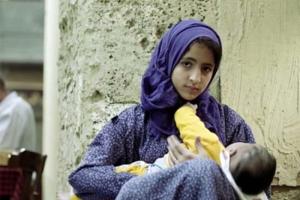 (NCRI) and (PMOI / MEK Iran): In the summer of 2020, the National Statistics Center recorded 364 childbirths among mothers under the age of 15. 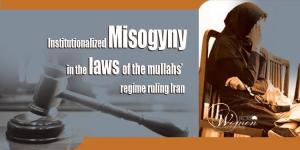 (NCRI) and (PMOI / MEK Iran): “Institutionalized Misogyny in the laws of the mullahs’ regime ruling Iran,” is the title of a document prepared by the Women’s Committee of the (NCRI), which briefly studies the misogynistic laws of the clerical regime in Iran.

The Iranian laws need to be overhauled to protect the public’s interests, particularly women’s and children’s interests.

Mullahs are crushing the souls of Iran's children under the wheels of an illegitimate medieval regime. The most noticeable characteristics of this regime are gender discrimination and misogyny.”
— Maryam Rajavi

PARIS, FRANCE, October 6, 2021 /EINPresswire.com/ — The National Council of Resistance of Iran (NCRI), and the People’s Mujahedin of Iran (PMOI / MEK Iran), the religious regime's Education Ministry will no longer hand over children's report cards to their mothers, according to a news article published in a semi-official publication in Tehran.

A text message from the ministry to some parents was referenced in a Sharq article published on September 13. “Despite all due respect to mothers, the report card of your child will only be handed over to the father or the paternal grandfather,” the text message stated.

Although the Education Ministry eventually rejected the claims, this episode underscores the many prohibitions and restrictions that Iranian mothers confront.

“I don't believe our problems will end here. Every day, they provide us with a new problem,” Narges, a single mother, and household head said.

“As a single head of my family, I have to overcome thousands of moral and material issues in this country every day. I must fight all my life to create a secure environment for my daughter, who has lost her father. Why do I have to endure these hardships? I have a daughter and a son who go to school. No institution supports us. Instead of supporting us, they create more obstacles. Why should my daughter’s grandfather take precedence over me, who was with this child from the first moment of her life? What is his priority over me? Only because he is a man?” Narges asked.

Nassim is a registered nurse. Her eight-year-old daughter had an immune system problem.

“One day, they called me from school and told me that they were on their way to the hospital because my daughter had a seizure. At the hospital, doctors said she had to undergo surgery. They reminded me that we needed my husband’s signature for the operation, but he was abroad on an assignment. I knew well that they would not accept my signature. Those were terrible moments. My daughter’s life was in danger, but she had to wait because her mother was not qualified to sign the paperwork.”

Nassim was eventually able to speak with acquaintances at the hospital and get the procedure started until her father-in-law arrived and signed the documents. “That day changed the meaning of motherhood for me,” she recounts. Even the grandfather of my daughter had more rights to my child than I did.”
Women and children, according to Mina Jafari, a lawyer, and a children's rights campaigner, are affected by such vulnerabilities.

“One side of the issue concerns the law,” Jafari says. The other side, which is the most important, is concerned with society, which suffers from societal ills as a result of these flaws. Children, as well as women, are affected by the effects. Every law should prioritize the interests of children. Iranian laws, unfortunately, harm women's rights as well as children's rights.”

“Despite the insistence of women and children's rights activists and jurists over the years, we have unfortunately seen no determination on the part of officials to create change,” Mina Jafari said. And the idea of change in the near future is unthinkable.”

Men are the head of the household, according to the laws of the religious government. On this premise, moms are unable to open a bank account for their children without the presence of the father or official consent. They are unable to purchase a SIM card or obtain passports. When it comes to a child's medical treatment and surgical procedures, such discriminatory regulations become exceedingly harmful.

The Iranian laws must be revised to defend the public's interests, notably the welfare of women and children.

Mrs. Maryam Rajavi the President-elect of the National Council of Resistance of Iran’s (NCRI): The great crime of the inhumane mullahs is crushing the souls of Iran's children under the wheels of an illegitimate medieval regime. The most noticeable characteristics of this backward and anachronistic regime are gender discrimination and misogyny.

Violation of Human Rights in Iran