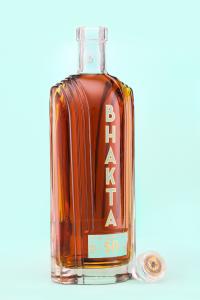 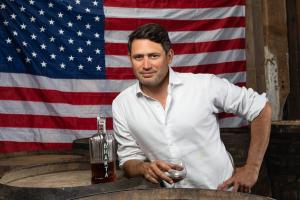 I promise a revival of the college of Poultney, of Vermont, and of the United States.”
— Raj Peter Bhakta

Initially offered at $10,000, the BHAKTA lot consisted of a once-in-a-lifetime Armagnac “Time Capsule” vertical spanning twelve vintages from 1976 to 1987, inclusive—with each bottle enriched by the signatures of both Mr. Owen and Mr. Bhakta—and included a five day stay for five guests at Chateau Bhakta in Armagnac, France, from whose cellars the bottles had been borne.

Following a sizable opening bid of $15,000, four parties engaged in an intense back-and-forth which progressed rapidly in $2,000 and $5,000 increments. When the final hammer fell, the BHAKTA “Time Capsule” Collection had been sold for the unexpected and largely astonishing sum of $30,000, making it the highest-grossing lot of the evening. The winning bidder, a spirits collector, wishes to remain anonymous.

“I am honored to have been given the opportunity to share this august lot of aged BHAKTA brandy—and an accompanying visit to Chateau Bhakta—for auction in support of such a worthy cause,” notes Mr. Bhakta. “I am humbled by the intense interest of the bidders, and delighted that the valuation so strongly exceeded even our most spectacular expectations. Moreover, I am proud to have been able to support the Jake Owen Foundation’s mission of supporting and defending children in need of lifesaving medical treatment.”

As a nod to the extraordinary circumstances and excitement surrounding this rare BHAKTA offering, the auctioneer took the unconventional step of inviting Mr. Bhakta—who was in attendance to show support for the foundation’s charitable work—to take the podium and address the audience personally.

According to an attendee, Mr. Bhakta’s impromptu remarks focused on “the spirit of revival, the singular lessons of history contained in these bottles, and the miraculous good fortune that has protected the total collection for nearly a century and a half of European tumult and strife.”

BHAKTA’s stunning, superlative auction valuation served as prelude to the brand’s 1st Annual Stockholder Summit, which was held from October 15th to October 17th at BHAKTA’s Headquarters on the campus of Green Mountain College in Poultney, VT. Mr. Bhakta acquired the 121-acre facility in its entirety in August 2020; in a fitting parallel, the visionary entrepreneur’s acquisition of the college was the result of a similarly intense back-and-forth bidding skirmish during a likewise once-in-a-lifetime auction.

After winning last year’s bidding war for Green Mountain College, Mr. Bhakta is said to have been approached by a village resident curious about what he planned to do with the campus. In an exchange that has since become a piece of local lore, Mr. Bhakta replied, “I promise a revival of the college of Poultney, of Vermont, and of the United States.”