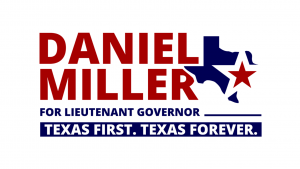 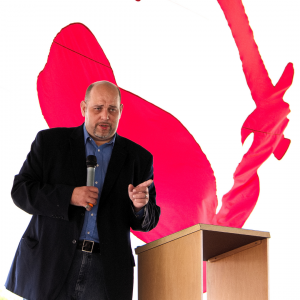 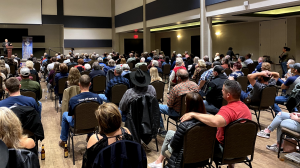 Daniel Miller, President of the Texas Nationalist Movement, has launched a campaign to become the next Lieutenant Governor of Texas.

I will be your voice, your hands, and your champion.”
— Daniel Miller

NEDERLAND, TEXAS, US, October 21, 2021 /EINPresswire.com/ — Daniel Miller, President of the Texas Nationalist Movement, has announced his candidacy for Lieutenant Governor of Texas.

On a live-streamed announcement across multiple platforms to thousands of supporters, Miller announced that he would be challenging current Lieutenant Governor Dan Patrick for the Republican nomination for the office.

Citing Patrick's failure to take action on securing the Texas border with Mexico, his failure to adequately address rising property taxes, his silent agreement with 2020's COVID lockdowns, and his treatment of TEXIT supporters during the legislative session, Miller promised to fight for the people of Texas in Austin.

"No more asking. No more begging. No more playing defense. No more hand-wringing or what-ifs. No more excuses for compromise or capitulation. Today we take the fight to them."

Miller took specific aim at Patrick and other politicians' lack of action in Austin and channeled the discontent of Texas voters.

"What the Lieutenant Governor and others in the permanent political class do not understand is that Texans are tired of gestures in the form of tersely worded resolutions and lawsuits. They are tired of seeing time wasted on mustaches and mermaids while being told there is no time to address their legitimate cares and concerns. Texans will no longer tolerate it when the little Neros of Austin fiddle while their lives and livelihoods are upended or destroyed. Texans are through with politicians who govern like Californians and Washington bureaucrats and then, like a character out of central casting, don their cowboy boots and hats, and dust off their old prop pickup trucks to campaign like they are one of us."

Miller has spent 25 years advocating for Texas independence and helms one of the largest political advocacy organizations in Texas. As such, he enters the race with a formidable amount of support. Miller highlighted this fact in his announcement.

"We begin this campaign with a half-million supporters already onboard and growing daily."

During his announcement, Miller detailed his priorities as Lieutenant Governor that included giving Texans a vote on TEXIT, taking decisive action on securing the border, abolishing the property tax, restraining the Governor's executive order authority, election integrity, opposition to COVID vaccine mandates, fixing the power grid, and criminalizing the destruction of historical monuments.

Miller, a sixth-generation Texan, was born and raised in Northeast Texas and currently resides in Southeast Texas with his wife, Cara. Miller and his wife are the owners of Radio Free Texas and he operates a technology consulting business. Additionally, Miller is the author of the best-selling book TEXIT: Why and How Texas Will Leave The Union.

More information about Daniel Miller and the campaign can be found at https://danielomiller.com.