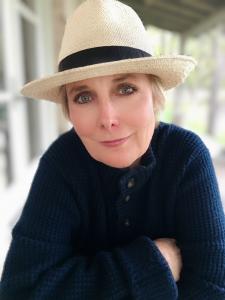 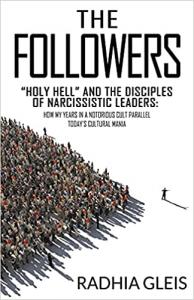 In her award-winning, riveting true story, The Followers, Radhia Gleis chronicles the 25 years she spent in the Buddha-field cult. 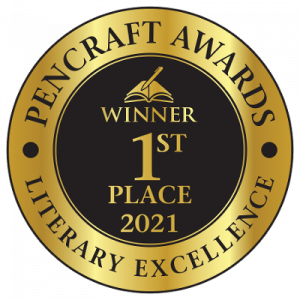 Chilling and insightful, The Followers is an eye-opening exploration into the malignant powers of groupthink.

It has to do with being in the right (or wrong) place at the wrong time when you’re in a state of searching for something, and someone comes along who meets that need.”
— Radhia Gleis

AUSTIN, TEXAS, UNITED STATES, October 25, 2021 /EINPresswire.com/ — Radhia Gleis didn’t wake up one day and decide to join a cult. That’s not how it happens, she said.

“It has nothing to do with intelligence or education,” she explained in a recent interview. “It has to do with being in the right (or wrong) place at the wrong time when you’re in a state of searching for something, and someone comes along who meets that need.”

Her powerful new book, The Followers: “Holy Hell” and the Disciples of Narcissistic Leaders: How My Years in a Notorious Cult Parallel Today’s Cultural Mania, articulates the complexity of how she fell under the influence of the charismatic leader of the Buddha-field cult. The Holy Hell reference in the book’s title is a nod to the 2016 Buddha-field cult documentary, in which Gleis appears.

A nutritionist, biochemical analyst and educator, Gleis says her post-traumatic stress, forever entombed in her psyche, is repeatedly triggered by the characteristics of current political and cultural leaders, prompting her to explore her past decisions through a much broader lens that sheds light on the blind spots — and dangers — of groupthink.

The Followers lays the groundwork by skimming Gleis’ upbringing in Hollywood and tracing the steps of her life when, at age 14, she began to crave a deeper sense of spirituality. She spent the next 12 years searching for nirvana, and at age 26, she found what she thought she had been searching for. Gleis draws strong parallels between her devotion to a cult leader — an authority — whose damaging behavior and influence she willfully ignored, and the followers of other narcissistic authorities. She goes into detail about the characteristics of narcissists and explains the “feedback loop” that sustains the disciple-narcissist dynamic.

Gleis weaves together her personal experiences with reflections on a number of thought-provoking topics, including the search for a higher truth, cults, groupthink and mind control, authoritarian leaders, malignant narcissistic personality disorder and sociopathy, the American schism, and how an intelligent, well-educated person may find herself under the control of a narcissistic sociopath.

Author Radhia Gleis has been a Certified Clinical Nutritionist, CCN, MEd. biochemical analyst and educator for over 33 years. She has appeared as a featured guest on numerous radio and television shows including Fox News, Austin. She hosted The Health Revolution and Let’s Get Healthy on Talk 1370 AM, KLBJ, and The Wellness Connection podcast on Voice America. She was the host and executive producer of three YouTube series: Wake up America; How the Body Works; and The Natural Way. She was featured in the internationally viewed movie, Holy Hell, which was broadcast on CNN and named one of Sundance Film Festival’s and Netflix’s top 10 documentaries. It can now be viewed on Amazon Prime.