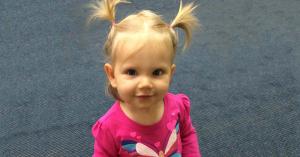 Kyra Franchetti was only 2-years-old when she was shot twice in the back while she slept her abusive father due to the failings of Nassau County Family Court. Judge Danielle Peterson presided over Kyra’s custody case. 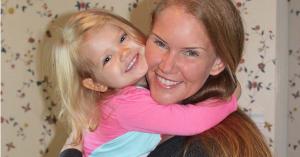 Jacqueline Franchetti, with her 2-year-old daughter Kyra, days before the toddler was brutally murdered by her abusive father due the failings of New York Family Court. Judge Danielle Peterson presided over Kyra’s custody case.

The logo for Kyra’s Champions, an advocacy organization named after Kyra Franchetti, that seeks to make child safety the top priority in child custody cases in her memory.

MANHASSET, NEW YORK, UNITED STATES OF AMERICA, October 28, 2021 /EINPresswire.com/ — Jacqueline Franchetti, the mother of 2-year-old Kyra Franchetti who was brutally murdered by her father, today announced her candidacy to run against Judge Danielle M. Peterson as a write-in candidate. Judge Peterson presided over Kyra’s custody case and failed to protect the toddler from an abusive father, who murdered her during custody proceedings.

“New York’s judicial system is completely broken. By permitting Judge Danielle Peterson, who oversaw the custody case that resulted in Kyra’s murder, to run we are rewarding a failed judge with a promotion,” said Jacqueline Franchetti. “It is appalling to learn that Judge Peterson is seeking a higher elected office. It is a slap in the face to Kyra’s memory.”

Judge Peterson was elected to Nassau County Family Court in 2014, the same year Kyra was born. Days before Kyra’s murder, Judge Peterson stated in court that Kyra’s case was “not a life-or-death situation.” Kyra’s body was found with two bullets in her back in the ruins of a house fire, started by her father who killed himself in a murder-suicide. Judge Peterson never addressed the role she played in Kyra’s murder and has refused to meet with Kyra’s mother.

Kyra Franchetti’s case is not unique. Judge Peterson has dismissed and minimized abuse in other child custody cases and awarded abusive parents with unsupervised access, sole and residential custody. The examples continue to mount of the families detrimentally impacted by Judge Peterson’s actions.

Franchetti is running on the platform of judicial accountably, transparency, and reform. Franchetti’s work is well-published. Since her daughter’s murder, Franchetti has become a child advocate and passed legislative measures on both the state and federal level. Franchetti is currently championing four bills in Albany, including “Kyra’s Law.” Franchetti was also hand-picked by the New York State Governor’s office to be on their “Blue Ribbon Commission,” a group tasked with providing recommendation on reforming the role of forensic custody evaluators.

Little is known about Judge Peterson’s background or stance on issues – aside from her public schooling records and that of her father, Gregory Peterson. He is the Commissioner of the New York State Board of Elections, the 2nd Vice Chairman of the Nassau County Republican Party, and former Town of Hempstead Supervisor.

“They say justice is blind, but your vote does not have to be. Murdered at the age of two, Kyra never got the opportunity to learn to write, but the voters of Nassau County have, and by writing in my name they can say ‘No’ to Judge Peterson,” stated Franchetti. “Vote like your child’s life depends on it … because it does.”

If elected, Judge Peterson will serve a 14-year-term on Nassau County Supreme Court. Kyra Franchetti didn’t even make it to her third birthday before she was murdered.

About Kyra's Champions
Our mission is to protect children in custody cases from being court-ordered into the home of an abusive or dangerous parent. Kyra's Champions is a 501(c)(4) charity advocating for policy and legislative changes that promote and protect children at risk of family violence. We raise awareness about the dangers to children, inside and outside of our divorce/family court system, and seek changes in the way family violence and child abuse are addressed in child custody cases. Our focus is advancing four bills, including "Kyra's Law," in New York State that are inspired by the custody case of 28-month-old Kyra Franchetti, who was killed by her father in a preventable murder-suicide.