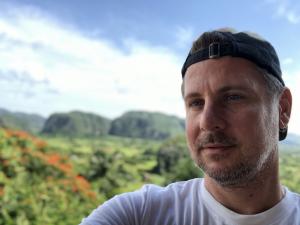 Daniel Milks, Owner of My XO Adventures in Vinales Valley 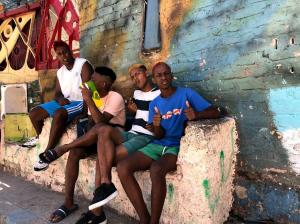 The U.S hasn't exactly been a good neighbor to Cuba, but once again it's failed policies results in a victory for the Cuban Government

RAPID CITY, SOUTH DAKOTA, USA, November 2, 2021 /EINPresswire.com/ — Cuba is expected to be over 90% vaccinated by November 15the 2022. How did this happen when the U.S. has been desperately trying to reach the same level for months? Many in the U.S. don’t realize the resiliency of the Cuban people.

What most people don’t know is that Cuba’s State-owned biotech sector has been developing successful vaccines since the 1980’s. The vaccines developed so far are for polio, rubella, whooping cough, measles, meningitis, hepatitis and now COVID. All of these vaccines have been distributed and successfully used in countries all over the world.

I’ve been to Cuba a number of times, and after a while you start to understand the bigger picture. Propaganda has been rampant on both sides. The largest and most horrific humanitarian poison is administered by the U.S. Government through the embargo. Make no mistake about the it, this is a political tool being used by both Democrats and Republicans.

The embargo exists in large part because of the purple State of Florida. The Florida Cuban population represents almost 30% if the Latino vote. The total Cuban population in the state is 1,528,000. It’s a greater population than Maine, Montana, Rhode Island, Delaware, South Dakota, North Dakota, Alaska, Vermont and Wyoming. That’s powerful to say the least.

It’s no wonder why politicians around election time pander to the Cuban American vote. Many Cuban Americans today are brought up in a household where someone was affected by the Revolution. Stories passed down are absorbed as if gospel, and their thoughts reflect in their vote. There are some ugly stories, but there’s a bigger picture here. Unfortunately, the people of Cuba are the pawns in this game. They are the ones that suffer, not the government.

Recent unrest in Cuba was a result of food, medical and a plethora of supply problems. The Cubans cried out with pain during the pandemic, and at a time we were able to help, but didn’t. Instead, the U.S. government turned a blind eye, and President Biden with his promises of opening relations with Cuba lied. No surprise there, as most if not all presidents do.

Obama had it right. Relax the sanctions, ease travel, create business opportunities, visit Cuba. The political affiliation plays no role here, it’s the intent and attempt. Cuba began to thrive, and the lives of everyday Cubans improved, then came Trump. Restricting cruise ships from docking in Havana and tightening sanctions. In his last gasp, he directs Mike Pompeo to designate Cuba a State Sponsor of Terrorism. My God. Why? To gain the Cuban American vote and win Florida. It’s that simple folks.

Biden gets elected and promises to reverse the Trump Administration policies. The protests in Cuba change his mind, and instead tightens them and imposes more sanctions. Again, the Florida vote. Don’t forget that the understandable protests are occurring during an important mid-term that could shape the Senate and the House. Good for you Biden. The embargo and policies towards Cuba are the reason for the protests, and you come out looking like the hero. It’s villainous and just about everyone in Congress is guilty. It’s better to do the right thing and lose. You aren’t supposed to be there with a goal of retaining power, despite what Mitch McConnell says.

Want change in Cuba? End the embargo. Rid the Cuban government of the American “boogieman”. They’d no longer have the embargo to blame and would have to work harder to improve the lives of Cubans. Not only that, a Cuban middle class would be born, businesses would thrive, jobs would be created on both sides, and investments made.

The U.S. Government has been using the method of might and punishment as a way to get what it wants. Cuba is still standing. We can be friends and work together. Because we’re not, China, Russia, Venezuela, North Korea and the like are filling that gap. Is that what we want

My XO Adventures will continue to visit Cuba because I love it. It’s the best place in the Caribbean, and programs like Havana Heartbeat will engage, support and encourage the Cuban People.