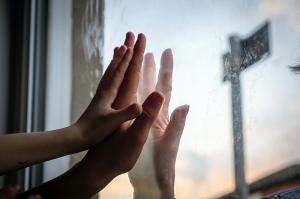 The number of U.S. suicides falling 3% in 2020 from the prior year, despite a substantial increase in depression and anxiety due to the pandemic, suggests resilience was a factor. 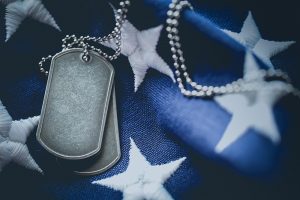 The frequency of suicidal thoughts and suicide attempts among U.S. military veterans dropped significantly in 2020, possibly a reflection of having endured more lifetime traumas and adversity than civilians and becoming able to weather periods of prolonge 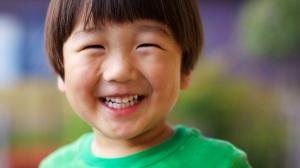 Parents can teach resilience to their children by setting an example of how to cope with adversity, as no doubt millions of American parents have done during the pandemic.

Even when you think you can’t be strong for yourself, reach down deep inside and say, ‘This isn’t just about you; it’s about others as well.’”
— Dr. George Everly, Jr., professor of psychology at Johns Hopkins University

WASHINGTON, DC, USA, November 24, 2021 /EINPresswire.com/ — Despite the financial stress and social isolation experienced by Americans during the COVID-19 pandemic, which prompted dire predictions of a “mental health pandemic” and a soaring number of people taking their own lives, there were fewer suicides in 2020 as compared to 2019. History suggests that people’s resilience plays an important role in coping with depression and stress during crises.

The number of U.S. suicides fell 3% last year from the prior year, in spite of a substantial increase in depression and anxiety, which are natural reactions to a pandemic, but also risk factors for suicide. In early 2020, the number of suicides was higher than in 2019, but starting in March, when COVID-19 was first declared a national emergency and stay-at-home orders were first issued, the number of suicides were lower than in the prior year in almost every month through the rest of the year, according to provisional data released by the Centers for Disease Control. The report did not address reasons for the drop.

Similarly, grim forecasts were wrong about the COVID-19 pandemic creating a perfect storm for increased suicidal behavior among military veterans, whose rate of suicide was already higher than the general population. The frequency of suicidal thoughts and suicide attempts among veterans actually dropped significantly in 2020, according to a study led by Brandon Nichter, Ph.D, and published in August in JAMA Psychiatry. Researchers found that the prevalence of past-year suicidal ideation among veterans decreased to 7.8% in November 2020, 10 months into the pandemic, from 10.6% a year earlier, before the pandemic reached the U.S. Attempted suicides during the one-year period were so low (0.3%) that researchers did not pursue further analysis.

Among the possible explanations given by the researchers for the decline is the fact that “military veterans tend to have endured substantially more lifetime traumas and adversity relative to civilians, and therefore may be more accustomed to maneuvering through life’s challenges and weathering periods of prolonged stress.”

History suggests that people’s own resilience in times of disasters have rendered mental health treatment unnecessary. In the 25 May 2020 issue of The Australian an article, entitled “Blitz Spirit: Fortunately for the COVID-19 generation, history suggests we often rebound from mass trauma events,” details instances of that resilience.

In the late 1930s, as Britain braced itself for war and mass civilian casualties from German bombing, a committee of psychiatrists predicted that the bombs would cause three times more mental injuries than physical injuries. Several large psychiatric hospitals were built outside London to deal with the anticipated psychological trauma. But despite 57 straight nights of bombings, 41,000 Londoners killed, and two million homes destroyed, predictions of mental trauma requiring hospitalization proved to be wrong. The newly built psychiatric hospitals remained empty and were eventually repurposed as hospitals for the physically wounded.

Similarly, predictions were made following the 9/11 attacks in New York City that one in four New Yorkers would suffer post-traumatic stress syndrome requiring professional treatment. Some 9,000 counselors were dispatched from across the U.S. to be prepared to deliver. But the tents set up to deliver mental health treatment remained largely empty, as New Yorkers relied on their own supports and resilience to weather the crisis.

Dr. George Everly, Jr., a psychologist and professor at the Johns Hopkins University Bloomberg School of Public Health, is an expert with more than 40 years’ experience studying the psychological impacts of disasters, trauma and crises. His comments in a 2020 interview may describe exactly how parents drew on their own resilience in handling the pandemic for themselves and their children.

“My message to parents is that your children rely on you. You must be that strength for them,” he said. “Even when you think you can’t be strong for yourself, reach down deep inside and say, ‘This isn’t just about you; it’s about others as well.’”

He continued: “This is an important time. This may be one of the defining milestones in your children’s development. It’s an opportunity to show them how to cope.” In other words, parents can teach resilience to their children by setting an example, as no doubt millions of American parents have done during the pandemic.

A lesson learned from history is to be skeptical of predictions of “mental health crises” in the wake of disasters. “Crises” are created by mental health practitioners viewing normal responses to abnormal situations as mental disorders, which then require treatment that all too often includes mind-altering psychiatric drugs with known side effects that can include deepening depression and worsening anxiety. It turns out millions of Americans weathered the pandemic by drawing on their own resilience, social supports, and other coping strategies, as people have done when dealing with disasters and trauma down through the ages.

The Citizens Commission on Human Rights (CCHR) will continue to alert the public to the psychiatric-pharmaceutical industry’s attempts to take profitable advantage of disasters. CCHR continues to raise awareness of the dangers of psychiatric drugs and to advocate for the full disclosure of the risks of dangerous side effects and withdrawal symptoms from these powerful, mind-altering drugs, so that patients can make fully informed decisions about taking or discontinuing the drugs.

CCHR was co-founded in 1969 by members of the Church of Scientology and the late psychiatrist and humanitarian Thomas Szasz, M.D., recognized by many academics as modern psychiatry’s most authoritative critic, to eradicate abuses and restore human rights and dignity to the field of mental health. Since then, CCHR has helped obtain more than 180 laws that protect mental health patients.

The CCHR National Affairs Office in Washington, DC, has advocated for mental health rights at the state and federal level. The CCHR traveling exhibit, which has toured 441 major cities worldwide and educated over 800,000 people on the history of abusive psychiatric practices up to the present time, has been displayed in Washington, DC, at the Congressional Black Caucus Foundation Annual Legislative Caucus and other locations.